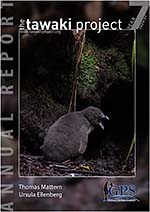 “After completing its first phase (2014-2019), that compared the marine ecology and breeding success of tawaki across their distributional range, the Tawaki Project entered the second phase in the 2019/2020 breeding season. Our previous work not only found that tawaki are extremely versatile in their foraging behaviour which allows them to thrive in highly variable marine conditions. The second phase of the project, therefore, focuses on the ecology of tawaki throughout their Fiordland range….“ 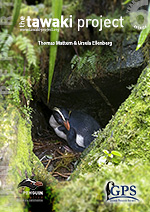 “In the breeding season 2019, the Tawaki Project completed its sixth field season and entered a new phase of research. The first five years of the project examined how the species’ foraging ecology and population dynamics varied across the entire tawaki breeding distribution. The next phase of the Tawaki Project will investigate how the penguins fit into the marine ecosystem of New Zealand’s fjords, and whether Fiordland provides a safe haven for tawaki in an era of substantial global changes…“ 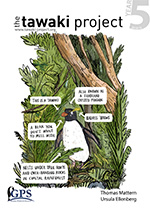 “Since 2014, the Tawaki Project has been studying the foraging behaviour, reproductive success and population developments of Fiordland penguins/tawaki across the species’ breeding range. Starting in 2016, the project operated at three sites representing the penguins diverse foraging habitat: Jackson Head on the West Coast, Harrison Cove, Milford Sound/Piopiotahi in Fiordland, and Codfish Island/Whenua Hou in the Foveaux Strait…“ 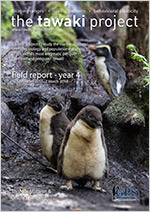 “The fourth year of the Tawaki Project has been the most ambitious in terms of scope of research questions that were addressed. Over the first three years, the project slowly ramped up from working at one (Jackson Head/West Coast), then two (Milford Sound/Piopiotahi), and finally three sites (Codfish Island/Whenua Hou) simultaneously to study how breeding Fiordland penguins / tawaki interact with their diverse marine habitats...” 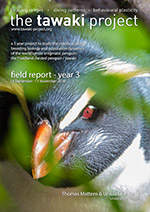 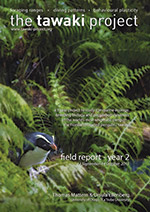 “After a successful pilot study conducted in 2014, the Tawaki Project moved into its first fully focused season of foraging research on Fiordland penguins/tawaki in September 2015. The pilot study had shown that research involving deployment of data loggers on a penguin species that is considered extremely sensitive to human presence was indeed feasible. While the penguins proved to be a cautious species, they were considerably more tolerant to research interactions than previously thought…” 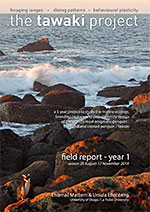 “The year 2014 saw the realisation of a project that had a considerable gestation time. The need for more research on the enigmatic Fiordland penguins/tawaki was highlighted in Graeme Taylor’s ‘Action Plan for Seabird Conservation in New Zealand‘ in the year 2000. Investigations of the species’ marine ecology – their foraging ranges, diving behaviour and diet composition – all ranged high in the priority list of required research. ..” 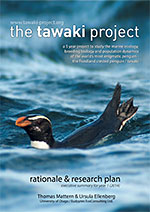 “The enigmatic Fiordland crested penguin (Eudyptes pachyrhynchus) or tawaki is one of the rarest penguins worldwide. It is also one of the penguin species we know the least about. Only a handful of studies have been conducted so far, the majority of which focussed on aspects of the penguins’ terrestrial biology such as breeding behaviour and population counts. The IUCN red list ranks tawaki as ‘vulnerable’ due to its low population size (~5,000 mature birds) and apparent decline. In New Zealand, tawaki are ranked ‘nationally vulnerable’ with an estimated rate of decline between 10-50% over the course of just 10 years…”