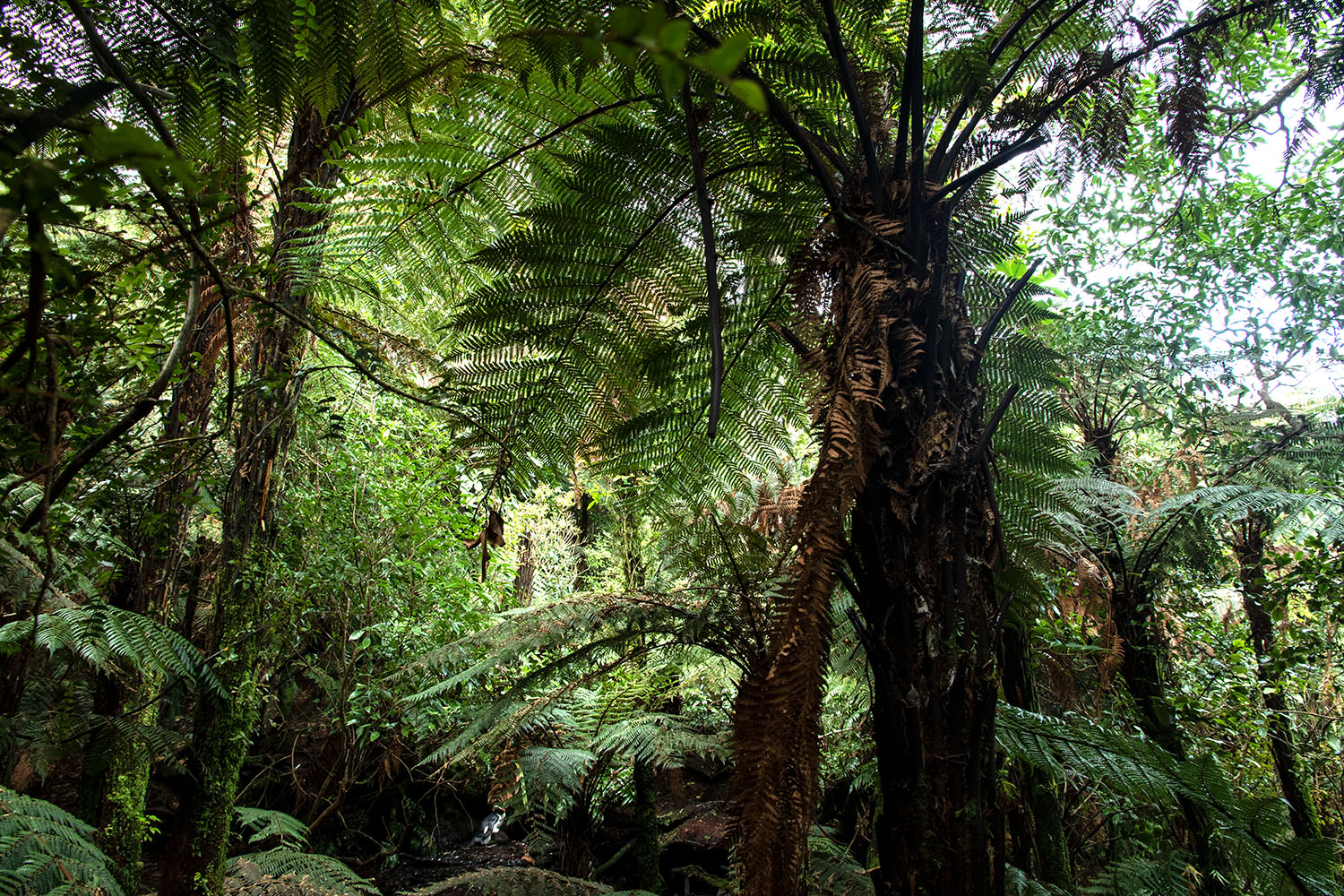 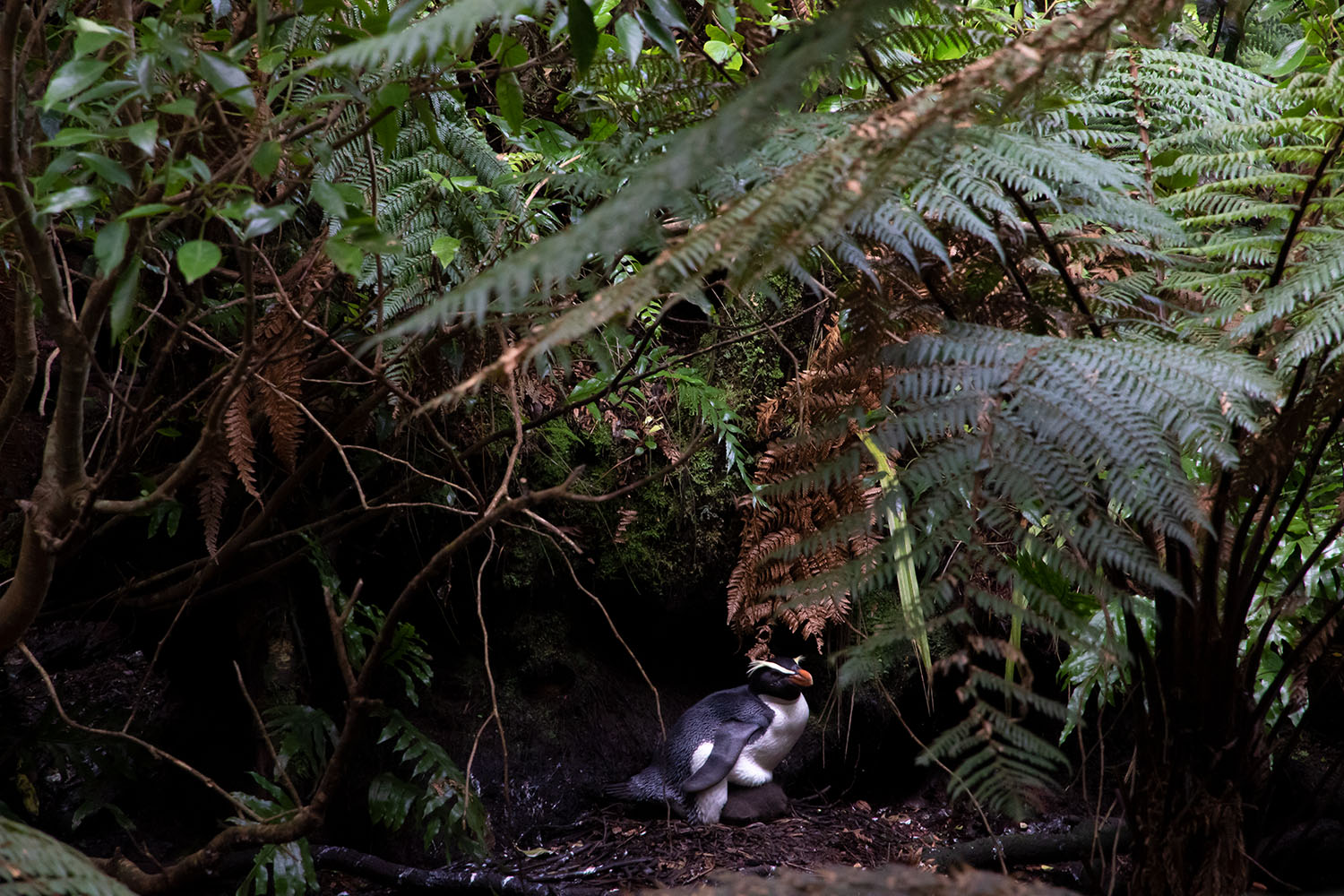 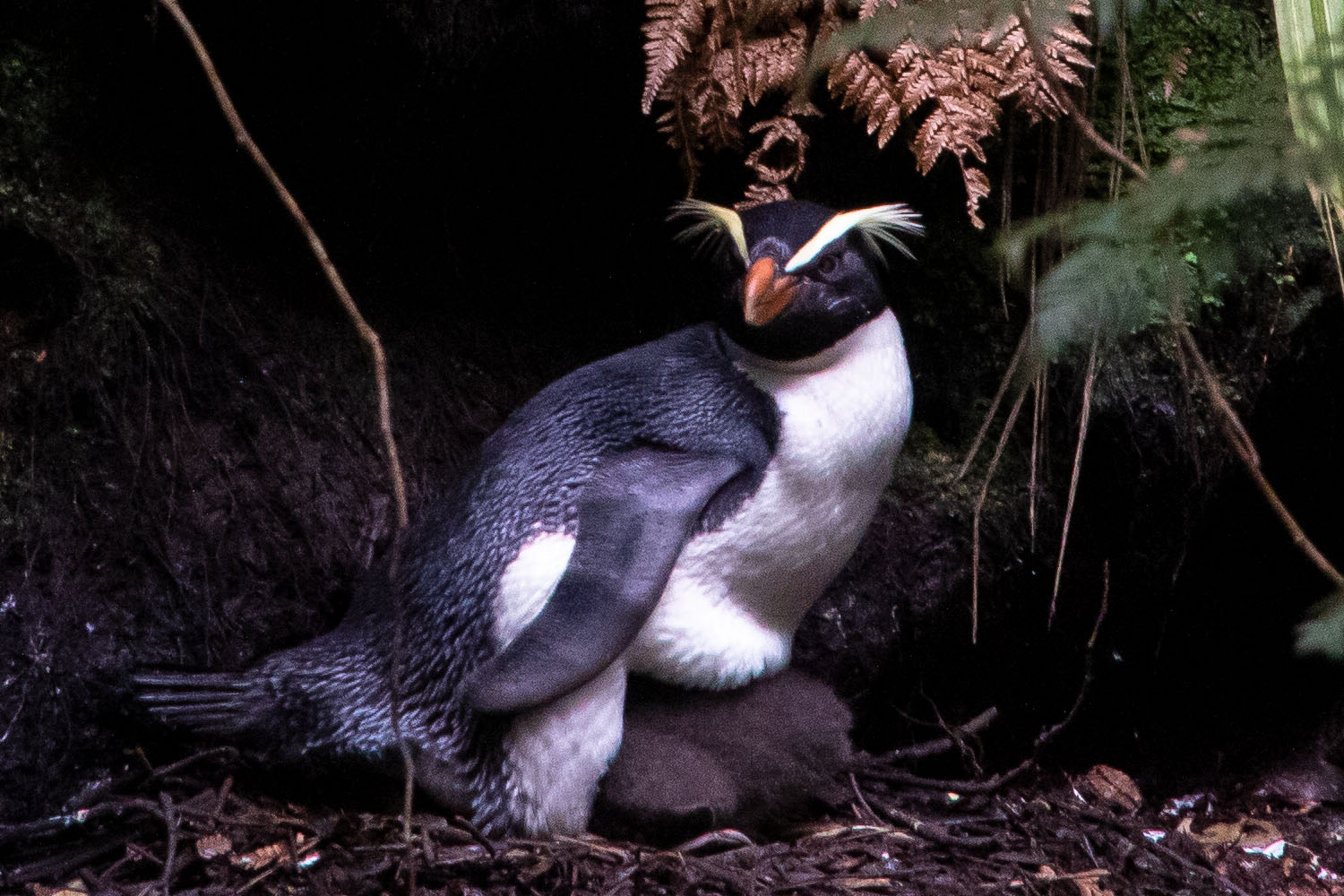 « Below Piopiotahi
A tawaki road block »