The tawaki moult is in full swing. All of the penguins we fitted with satellite tags have returned to the mainland to grow a brand new coat of feathers. The question we had was whether they would do this in the comfort of their own home (aka ‘nest’). After we found Jackson Head almost devoid of any penguins in February last year, we started to doubt that the birds return to their colonies to moult as it is commonly believed. 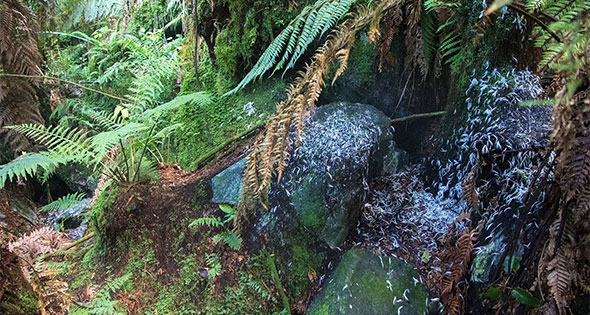 So last weekend, we headed over to Milford Sound to catch up with our friends at Southern Discoveries, hitched a ride to Harrison Cove and, together with Andrea Faris, dived into the bush to have a look for penguins. It did not take long to find ample signs of moult – feather trails leading to piles of the fluffy stuff. All clear indications that Harrison Cove is indeed a popular hang out for a change of feathers. 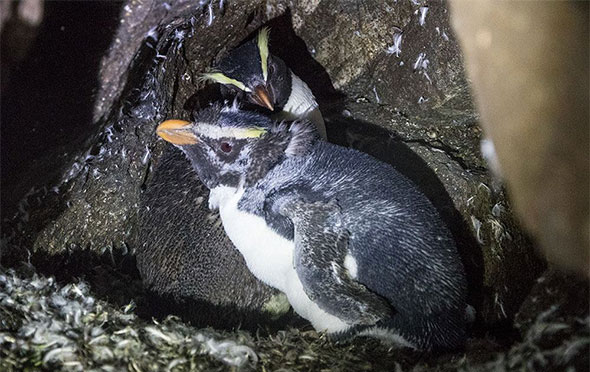 A pair of moulting tawaki; a truly sorry, but perfectly normal look for tawaki at this time of the year

Overall we encountered 20 penguins, some holed up with (presumably) their mates in their nesting caves looking rather bedraggled, others in the final stages of shedding the old feathers, but many apparently through the moult entirely and more or less ready to go on yet another long migration. 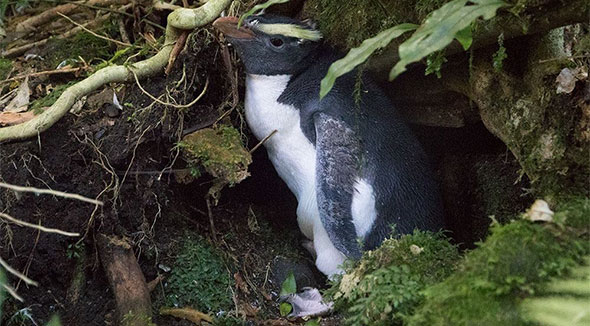 Almost through! A solitary female tawaki waits for the last of the old feathers to go.

For us this means that we can plan to come back this time next year to deploy trackers on these birds to examine where they travel to get in shape for another tough breeding season. 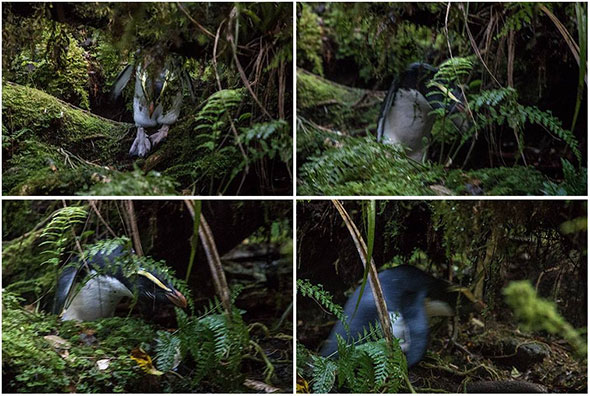 ‘I’m outta here!’ – A male tawaki on the way to the ocean after a completed moult. 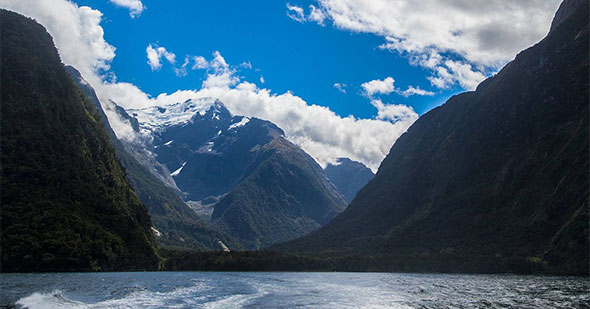 Farewell to Harrison Cove until October

« Homecoming
Tawaki and the Peruvian floods »