We got out just after 3am this morning. Yes, it was a beautiful moonlit night. But it was also bloody cold out on the rock we were marooned on until the tide finally allowed us to head out to the car. I was zombified after 10 hours out on the rocks without anything to eat other than a couple of muesli bars. Boy, was I glad to finally jump into the truck and head home where our beds were waiting for us.

What else is left to say about this day? We spent another long day and evening out below the Hilltop beach access waiting for our logger bird to return which again did not happen. Ursula and Hotte took turns while I spent the entire time out watching, waiting and hoping that our bird might return. By now the device’s batteries are surely exhausted so there is really no point for the bird to keep on carrying the device any longer. All she has to do is turn up and we’ll relieve her of her excess baggage.

But, alas, she prefers to elude us.

While we waited at Hilltop beach we also kept an eye on the Creek beach access. Who knows, perhaps one of the bird we fitted loggers on last night would show up tonight. I wasn’t sure what we would do in that case. Get the logger off after one day (as this might be our only chance to get the device back)? Or leave the bird in peace and hope to see him or her again on one of the following days (to maximize the data outcome of the deployment)? 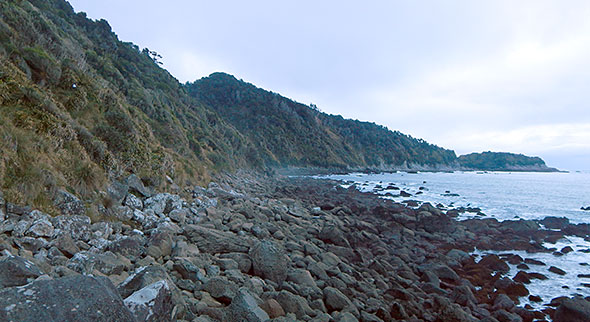 Well, that problem also solved itself as neither of the other two logger birds showed up. 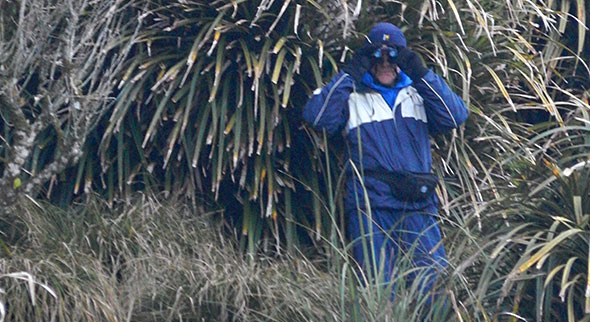 Don’t look at me! Look for the logger bird!

« Bluffed (loggers #7 & #8)
And now for something completely similar »