We managed to deploy two more GPS dive loggers on chick-rearing female tawaki. The females are the sole providers of food for their chick while the male guards them. Last year, the females left early in the morning and returned in the afternoon or evening of the same day. In fact, they were very predictable that way.

This year, however, the birds seem to return at any time of the day. Data from the first logger deployments also suggest that the birds travel a lot further away from Jackson Head than last year. 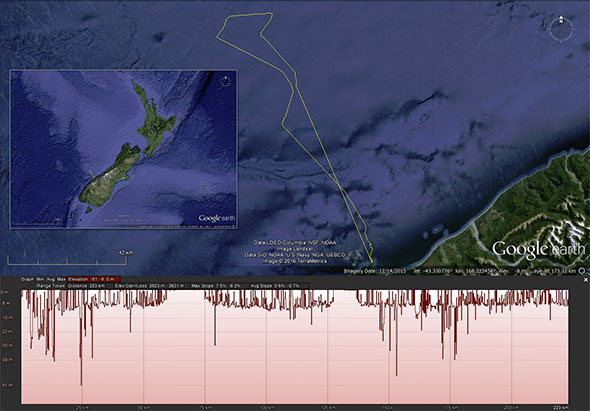 The graph above shows the movement path and  dive profile of a 3.5 days foraging trip undertaken by a female tawaki. The bird covered at least 232 km in 85 hours 55 minutes. In order to cover such a great distance, the penguin could not perform a lot of deep dives. 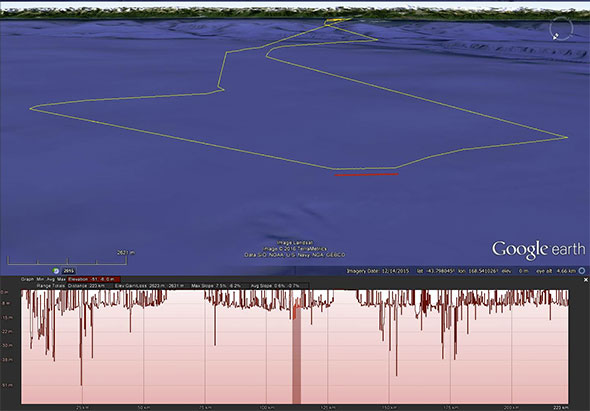 The same foraging trip in 3D, although dives are difficult to see

The three dimensional representation of the female’s 3.5 day foraging track underlines the distances the penguins cover while searching for food. The red line indicates the corresponding section in the dive profile. Only when looking at the graph very closely, small wiggles are visible in the line. Those are the individual dives. Hard to see at this scale. But with all this travelling it is safe to say that the penguins are working incredibly hard this year.

Unfortunately, it doesn’t seem to be enough. We’ve received word that the situation is similar at other breeding sites on the West Coast. So we’re all a bit concerned what we will find next week when we relocate to Milford Sound.