We managed to get both data loggers back today.

The first bird did what we expected it do during the early chick-rearing phase, and stayed within a 8-km radius of Jackson Head. Unfortunately, she returned to a chick with dead nests as the male had abandonned his post in her absence. We did not know it at the time, but it was already an indication for what is happening here at the moment.

The second female performed two 2-day trips that took here 50km away from Jackson Head. Now, considering that she is caring for a very small chick that needs to be fed frequently, long-term trips are a bad idea. 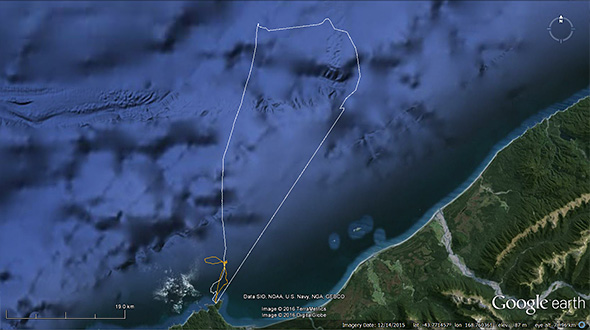 Then again, we are observing a very bad breeding season for tawaki. While last season we counted two failed nests over the entire breeding season, we have already lost in the  8 nests in the week we are here. And it doesn’t seem to stop there. Chicks all over the place look rather small and do not seem to gain much weight.

It appears that the feeding situation out there is severely disrupted by El Niño. But it is really admirable how some dads hold the fort while mum is out trying her best to find food for their little ones. 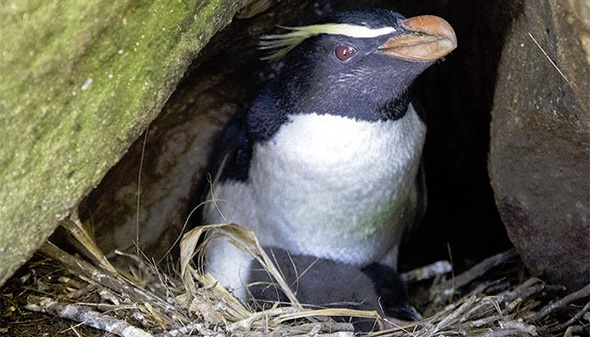 A diligent das watching over its tired chick

« Life after rain
More loggers out »