We’re swamped down in Neils Beach. A heavy rainfall warning is in place for Westland with 130mm expected to fall until tonight. Not good news for us – and probably not good news for the penguins either.

Around midday a gap in the clouds opened up and the sun even peeped through it for a moment. But when it counted – in the evening – the rain returned with full force and reached almost biblical proportions. 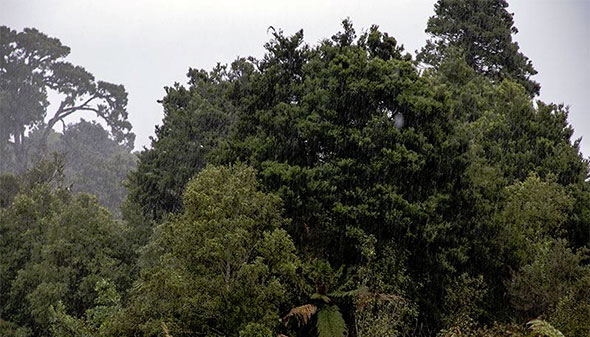 Deploying data loggers in these conditions is really difficult. The adhesive side of the tape we use to attach the devices to the penguins will inevitably get wet and won’t stick that well. Once the tape is stuck to the devices it can withstand weeks in ocean water. But use damp tape during deployment and you have a recipe for disaster.

On top of that a tsunami warning after the earthquake in Chile, rough seas and swollen creeks made it simply impossible to reach the tawaki colonies of Jackson Head.