A wet start into season 2 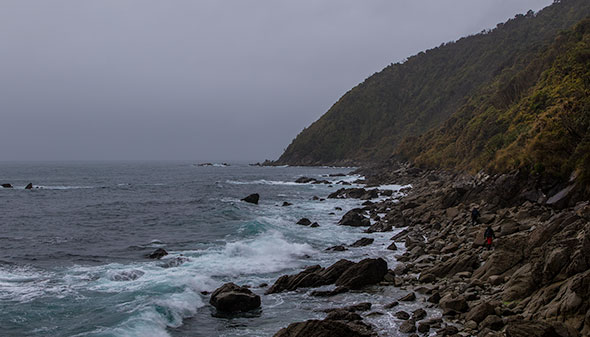 First full day in the Jackson Head bush. As can be expected at the West Coast it turned out to be rather wet. And of course our timing walking in was impeccable at almost high tide, making clambering along the rocks a fun thing to do. 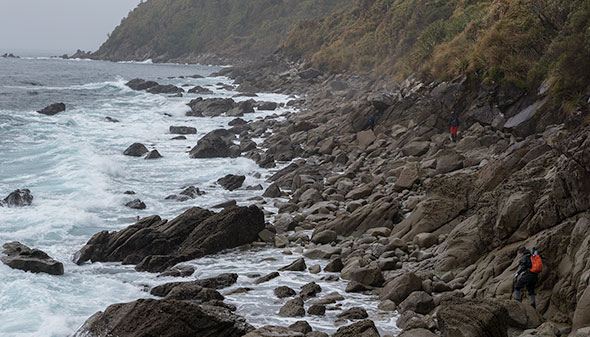 Once we reached the tawaki breeding sites we checked most of last season’s nests and observed quite a few changes. A bit of nest site shuffling seems to have occurred. Some nest sites remain empty this season, while new nests have been established in spots that had no users last year. Especially the apartment building, the site where most of the documentary filming happened last year, looked rather empty with a mere 4 nests where we had 9 last year. 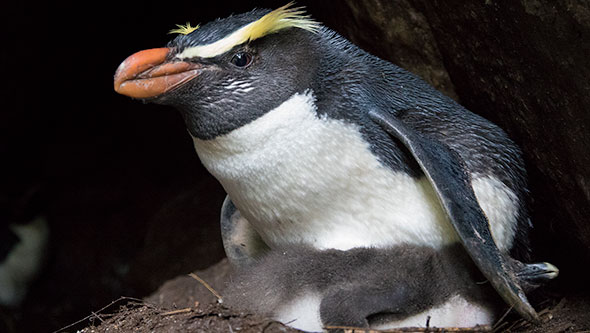 An old fried is hodling the Fort at the apartment Building – the balcony bird is back!

Speaking of the apartment building. It was quite nice to see our old friend again, the male tawaki from the balcony nest. Last year he turned out to be a rather inquisitive chap ready to defend his chicks if somebody poked their nose to closely into the nest. Because of the nice natural lighting in the nest, he also became the star of the documentary. 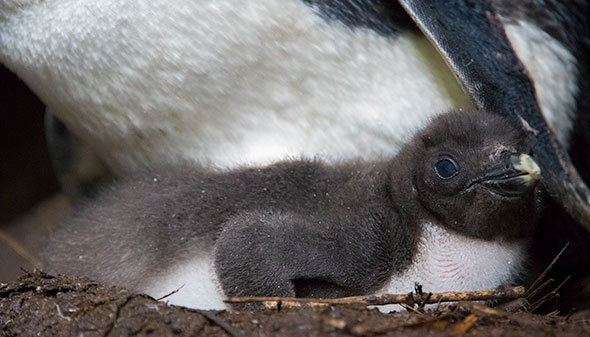 The sleepy chick of the balcony nest

But overall nest numbers appear down compared with last year. The El Niño effect, perhaps? Also breeding seems more advanced when compared to last season. All nests we looked at had chicks in them, a few of them have already failed. In fact, in one nest I noticed a rather large chick by itself indicating that some birds have already gone into the post-guard stage.

Oh, and I spotted a penguin with quite a bit of its left flipper missing. We’ll call him Jamie Lannister. Just goes to show how tough these birds are and can indeed survive grueling injuries without human intervention. 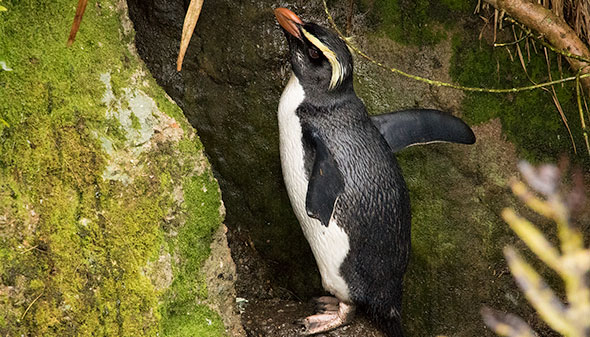 The penguin equivalent of Jamie Lanister

After four hours of bush bashing we made it back to our base at Neils Beach. All pretty tired. The many weeks of desk work certainly take their toll. We hope to deploy the first dive loggers today. If only the weather improves a bit (no rain please).