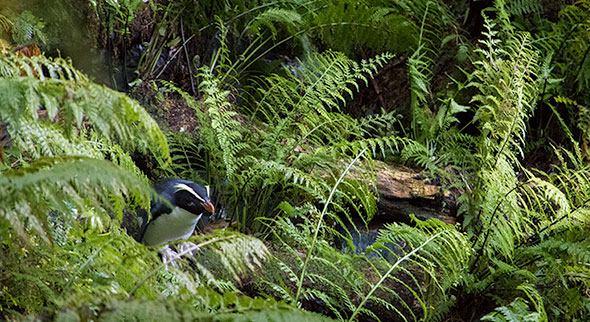 The original shot used for the 2015 season field report cover

Although this season’s field work is long over – and, in fact, tawaki are currently going through their annual moult after a grueling and fantastic season (depending if you’re a penguin from Jackson Head or Harrison Cove, respectively) – we only now managed to compile or field report for the season. It can be found as PDF on our Download page and is easily reconginzed by the awesome and overwhelmingly green cover shot.

We have a good excuse for the late publication though. We have been busy with other penguin work on the Otago Peninsula where we trialled novel camera loggers on Yellow-eyed penguins. And despite a few organisational set-backs the trials went well and provided us with truly fantastic underwater footage of a penguin searching for and catching prey. Not strictly tawaki but too awesome not to share it here: