Season 2 of the Tawaki Project is finally underway. After purchasing field supplies in Dunedin last night, we headed over to Milford Sound last night. 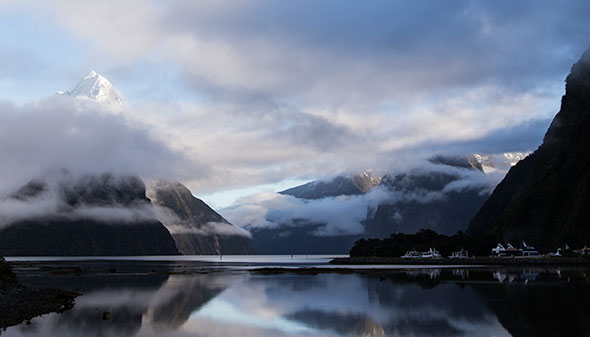 First thing this morning we headed down to the tourist wharf to meet up with Andrea Faris of Southern Discoveries. Those guys really go out of their way to help us pull off our field work in Milford Sound. They will help us with all the logistics involved in Milford Sound. So we should not have problems getting to Harrison Cove whenever we need.

Southern Discoveries operate the underwater observatory in Harrison Cove which not only allows people to take a look at what’s going on under the surface of Milford Sound. It will also serve as our research base for the first two weeks in October.

So everything looks really good except for the fact that we had no idea how many tawaki are actually breeding in Harrison Cove. And of course, this being Fiordland, there was a bit of a question mark behind the fact whether we could actually do our tracking work in the rugged and densely overgrown terrain.

A wee recce trip was in order before we arrive in full force in October.  We met Andrea just before 9am and hopped on board of one of the Southern Discoveries vessels and headed over to Harrison cove, a 15 minutes ride from the wharf. 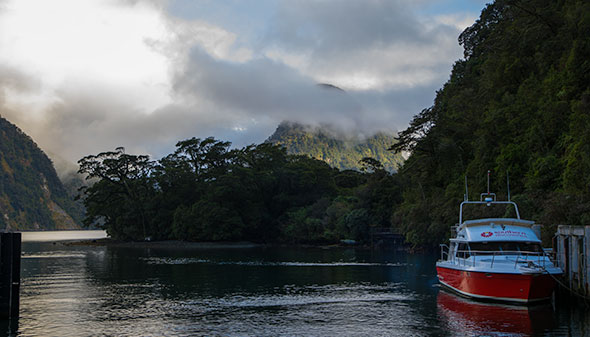 The observatory is pretty cool. It’s a pretty large floating structure that not only features the submarine viewing facilities but also sports a sea kayaking shed with an automatic launch. Andrea pointed out that we could always use sea kayaks to go independently over to the penguin colony.

“Of course, we can always give you a ride in one of our boats”, Andrea said.

Did I mention that Southern Discoveries a bloody marvelous? So if you ever go to visit Milford Sound and you wonder which company to go on a cruise with…

Hotte and I jumped into an aluminum dinghy and Andrea shuttled us over to the far end of the cove where we hopped onto the shingly beach. While we checked our radio communication with Andrea the first tawaki dropped by to say hello to us. The bird emerged from the crystal clear water and preened on the rocks not far from where we stood. Certainly a good start to our recce. 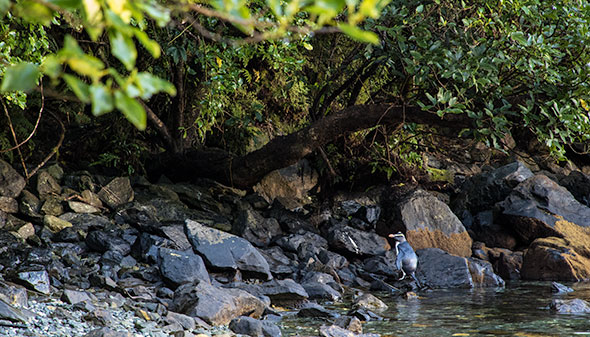 Our welcome party in Harrison Cove

We geared up and dived head first into the dense bush. Lichens dangling from low branches, mosses growing on windfall and lots of green surrounded us. And before long we heard tawaki calling from somewhere to the right of us. Hotte and I fanned out (as much as a two person team can fan out) following obvious penguin tracks.

Not more than 50 metres in we came across the first nest. Sheltered underneath a fallen tree trunk a male tawaki the bird was incubating two eggs. It did not stir when I peeked into its nest, although I’m sure he wasn’t too comfortable with my presence either. I retreated quickly. 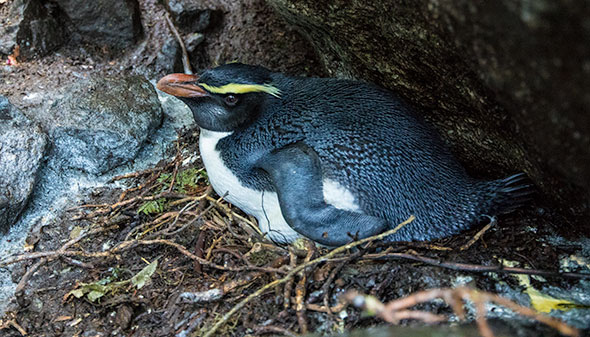 Getting a GPS position of the nest proved to be a lot harder than I would have imagined. Because of the steep fiord walls rising steeply to 1000 metres on either side of the fiord, the GPS did not have that much sky to look for satellites. That might also be a problem for our GPS loggers. Good thing though, once latched on to some sats the accuracy was in the 10m range which is not at all bad considering the dense vegetation. 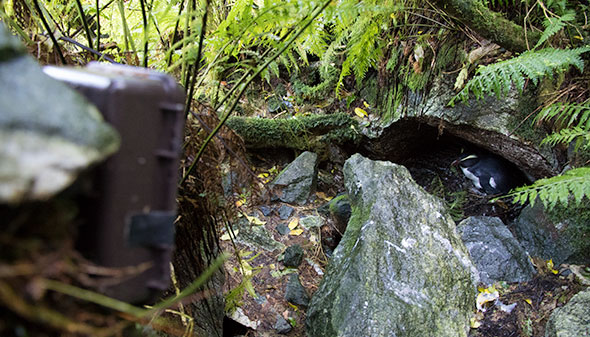 Over the course of the next 1½ hours Hotte and I found 10 nest and installed four time lapse cameras to record nest attendance patterns. Half of the nests had birds still incubating eggs, the others sitting on very small chicks. Hatching is underway. Which is a bit of a worry.

The Fiordland tawaki are believed to lay eggs about a week or two later than the birds from the West Coast. That might mean that we have to hurry up once we’re Jackson Head, at least if we want to get data from birds during the chick guard stage.

We made our way back to the shore. There are likely more nests in the Harrison Cove bush which we’ll find once I’m back with Ursula and the fabulous Dave Houston in October. Hotte will hold the fort with Klemens Pütz taking over the scientific lead at Jackson Head then. So we will work simultaneously at two sites. A first for all of us, I believe. 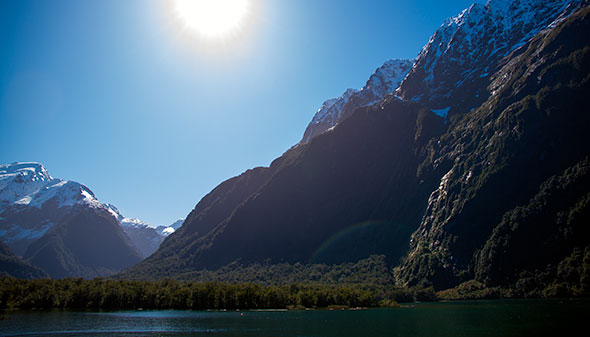 Hotte and I will be heading from Milford Sound to Neils Beach today – an epic journey indeed. Tomorrow I’ll head back to Queenstown to pick up Ursula from the airport as well as albatross expert Junishi Sugishita who will help us out in the first few days before Klemens arrives next Friday.

Busy times ahead of us.