The tale of river swimming penguins

Another cracker of a day on the West Coast. Have I ever experienced cloudless skies on the West Coast? Probably, but somehow I mainly remember the rain. Seems like this about to change as the forecasters on tele (an impressive TV set adorns one of the walls in my hotel room) only stick suns onto the West Coast portion of their maps. I do not complain. Not a bit.

First thing this morning, the whole crew – Sam, director Ida-san, camera man Hongo-san, the camera technician ‘Kay’ and I – headed down to Jackson Head. To have a look at the access to their designated film site. As it happens it is also the site where we will start our research in a bit more than two weeks.

The original idea was for the crew to film on a beach about half an hour to the North of Haast, which is a lot more scenic and easier to access than Jackson Head. But DOC changed their minds in the eleventh hour and condemned the poor guys to film on the steepest slopes only accessible via the treacherous rocky shoreline of Jackson Head.

And, as could be expected, I noticed a few furrowed brows when my companions laid eyes on the sharp and pointy rocks that we had to climb over for half an hour before reaching the site. But it wasn’t half as bad is it first appeared. Hongo-san and Kay dropped of some gear in water proof bags. And of course, all of them got to meet their first Tawaki. Some birds were boulder hopping just like us. Seeing the penguins really upped their spirits. As penguin usually do.

We headed back to town around lunch time before continuing on North, past Knights Point to Moeraki River. Ida-san was armed with the book by a Japanese photographer who indeed had taken photos of a Fiordland penguin swimming up what looked like a creek. I had my doubts that this could be Moeraki River, which is reasonably wide and deep and a whitebaiter paradise. Sam brought a map which had some ball point pen markings that seemed to indicate a footpath to the river mouth from the Monro Beach track. That turned out to be a dud – the area is an impenetrable swamp dominated by Kiekie. So we carried on all the way to the beach where we were greeted by a battalion of sandflies running a full attack on our exposed body parts. And the revelation that there is no access to the river mouth around the steep headlands to the West of the beach.

But it was a nice walk regardless.

Almost back where we left our car, we followed another track leading towards the river. After a short tramp through swampy forest we found an old whitebaiter’s hut with access to the river. And here wet met the hut owner himself as we was just about to tie his dinghi to a ramshackle jetty. He said his name was Syd and, no, in all his 40 years on Moeraki river he had never seen penguins swimming upstream. But he offered us a ride to the river mouth so that we could have a look ourselves.

So far I have only ever seen the bit of Moeraki river that is visible from the Highway, with Lake Moeraki to the east and the river disappearing in the forested hills to the west. In my imagination, Moeraki river was this crystal clear water way that gently solled through the West coast rain forest. Of course it did. But what I never pictured was the massive array of whitebait stands that lined both sides of the river. Every 50 metres there were the jetty like structures all pulled up out of the water by steel wires – the whitebaiting season only starts on 1 September.

One thing that blew me away was a majestic Kotuku, the New Zealand white heron, that took flight as we chugged downstream. I thought these rare birds could only be seen at the Okarito lagoon.

“No” Syd said. “That fella’s been here a few years now all by himself. But you guys want to see penguins. How about some shags?”

So… here we are. On the West Coast.

After a solid 5 hours drive I pulled over at the Haast Visitor centre to have a quick chat to Jac Amey from DOC. It turned out to be a nice and relaxed one-and-a-half hour cuppa and catch-up that was quite welcome. One bit of important news was that the Tawaki double counts at Jackson Head had to be postponed by a couple of days and were only going to happen tomorrow and the day after. And that she was one searcher short for the second day. Of course I volunteered. Will give me an excellent chance to have a look at our study site, the types of nests we will be working with and the state of the breeding season.

The postponement also means, that I have to find something to do for the Japanese film crew I will be supervising during their Tawaki documentary project over the next few weeks. They actually wanted to get into it from tomorrow onwards. But if we don’t know the location of Tawaki nests, there is no point carrying tons of camera equipment around the Heads.

I actually met the team for the first time when I headed over to the Heartland Hotel which will be our base (courtesy of NHK) the next three weeks. Ida-san the director approached me as I entered the restaurant to greet me, the production assistant and interpreter Sam in tow. The whole team of four are a really nice bunch and we had a fruitful discussion about what to do the next few days, now that starting at Jackson Head the next day was out of the question.

So… tomorrow we will head up North to Moeraki River where they hope to film penguins swimming up the water way to their nests. I had long email conversations about this topic in the preceeding weeks. I had never heard of penguins swimming up that river, but Ida-san had photographic proof. Although I gotta say, that the river on the photos seems more like a creek to me. But, well, we’ll see what Moeraki River looks like. 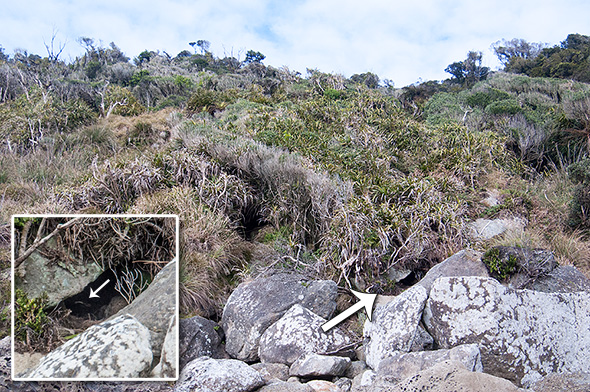 Green light for the Tawaki Project

As of 31 July 2014, the Tawaki Proect has received its official stamp of approval by the New Zealand Department of Conservation – the research permits have been issued. This means that we will be able to start our work in the first (or second) week of September.

The pilot study will concentrate on the Fiordland penguins breeding at Jackson Head. Our research focus is on the deployment of GPS dive loggers to track the birds’ movements at sea and monitor their diving behaviour. We will also trial surveillance cameras at selected nest sites that will record time lapse videos that hopefully enable us to determine exact hatching dates, nest attendance patterns and, hence, foraging trip lenghts of adult penguins, and allow the monitoring of potential predator nest intrusions.

So much for the good news. Unfortunately, our problem finding accomodation around Jacksons Bay or at Haast still persists. This isn’t helped by the fact that our funding seems to get whittled down a bit more every day. Support funds that were calculated in have disappeared, donations have shrunk to fractions of what was initially announced. And our last hope of getting a couple of bunks at the DOC facilities in Haast has imploded as well. We will have to keep looking in the next few weeks.

But, heck, we made it this far… this will work out as well in the end.