Our last day. As per usual, the film crew headed off to Jackson Head in the middle of the night. I took it easy and left town around 9am.

I first paid a visit to Geoff Robson of Greenstone Helicopters at Neil’s Beach. Geoff is a great supporter of our project both in terms of sharing his expertise on the region and funding much of our field work. We had a pretty good chat that gives me quite a bit to think about.

He reckons that Gorge River, some 50 km South of Jackson Head, might be a better site for our work. Less treacherous terrain and a DOC hut situated close to the tawaki breeding sites. On top of that there is the Long family living at Gorge River and they not only know tawaki inside out (they have been living with the birds as neighbours for decades now), the whole family has been involved with tawaki monitoring in the past. Robin Long just completed a comprehensive survey of the coast line around Gorge River and produced one of the most thorough survey reports on tawaki I managed to get my hand on. It would surely be awesome to get Robin and her family involved in our project somehow.

After half an hour I continued on to Jackson Head and walked out to our study site one final time this breeding season. My main task today was to pick-up all our trail cams, remove the tent hide and help the film crew to carry out all of their gear. 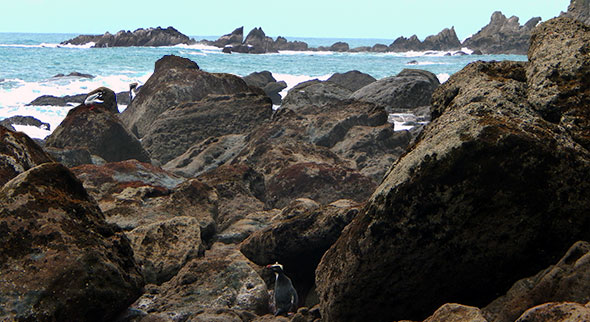 Last time around: approaching “The Base” at Jackson Head

Today was not only our last day out here. It was also the last day for one of the chicks that we have been filming for nearly three months now to fledge. Last night, Ida-san mentioned that if it doesn’t happen today, Hongo-san and Sam would have to stay another few days until they finally could get the footage to finish the story.

When I approached the base I noticed Sam nervously jumping up and down on the rocks looking out towards the far side of the beach. Either he was trying to dodge a horde of sandflies or something happened out if sight. 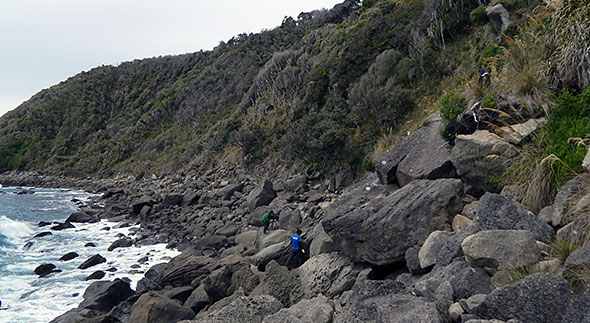 The not-so-subtle way of wildlife filming: frantic activity around a fledgling

Five minutes later I was at his side. He smiled from ear to ear.

Below us, Hongo-san was balancing his camera tripod precariously on a rock while peering through the view finder. Haruki-san sat in the grass above us also filming.

“Thomas! It happened! Chick left today! And we got it all the way!”

What a finish! The penguins left it literally to the last minute. Of course it was unclear whether the chick they were filming was actually the one from the balcony nest which received most of the film crew’s attention, but, hey, artistic liberty! 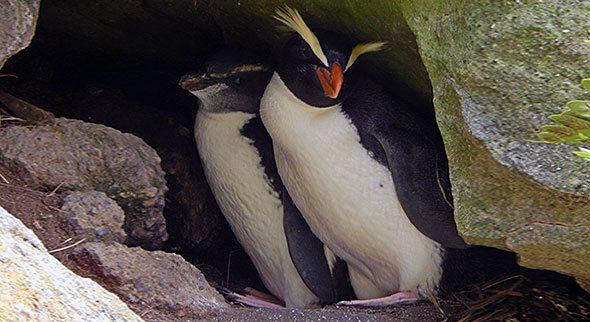 “Ida-san is upstairs”, Sam said. “He wants to film with much-dee-copta.”

Multicopter-flying time. I looked up, overcast but not much wind. That should work.

Sam and I headed up to the apartment block via the creek route so as to not disturb the filming on the beach. Up there, Ida-san was unpacking the drone and checking all functions.

First he wanted to get aerial footage of the apartment block. Which meant he had to fly the multicopter through the forest. I was amazed how accurately he managed to do that. 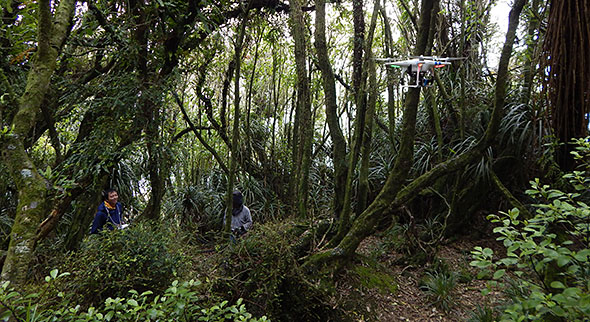 Only the vegetation closer to the cave made it difficult. In the end, Ida-san gave up, grabbed the device and held it high up over his head while walking around the rocks, guiding the camera mounted in its gimbal from cave to cave. Pretty cool make-shift steadicam.

After half an hour, Ida-san took the drone down to the rocks protruding from the vegetation above the base. With one hand he held the device, with the other he operated the remote control. The rotors started to whizz, Ida-san let go, and the drone rose slowly into the air.

The filming of the aerial footage was quite cool, actually. Because Ida-san let the multicopter fly at considerable speed along the coast until it was nothing but a dot on the horizon. Pretty good range, I thought. But one tiny glitch and the thing is a goner. No wonder Ida-san brought two units with him. 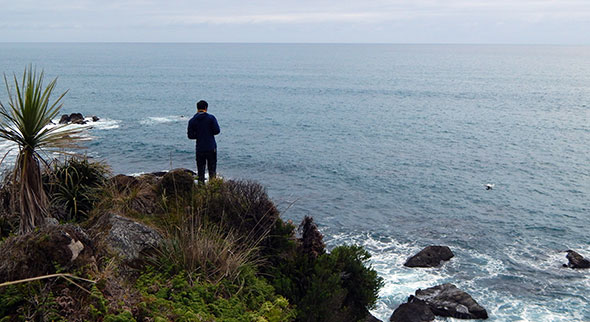 I let the crew finish up their filming and did one last camera run. Camera after camera ended up in my backpack, some of them artistically modified by the penguins using guano as principal working material. This is going to be a fun scrubbing session once I’m back in Dunedin.

The further up the hill I got, the fewer penguins there seemed to be. One last check of the surroundings of nest JH06 made me accept the inevitable – we would not get our logger back. The devices probably already rests at the bottom of the ocean as I write this. The penguin is certainly going to be a lot happier about this than I am.

I returned to the apartment block at 4pm. All the gear, cables, tripods, tend hides, the director’s tent, tarpaulins and plastic boxes were gone. Only the worn out path leading from the rope to the director’s tent and up to the platform in front of the apartment block bore witness to the hard work the film crew had done here in the past weeks. Now all of them were searching the ground for bits of plastic and trash. 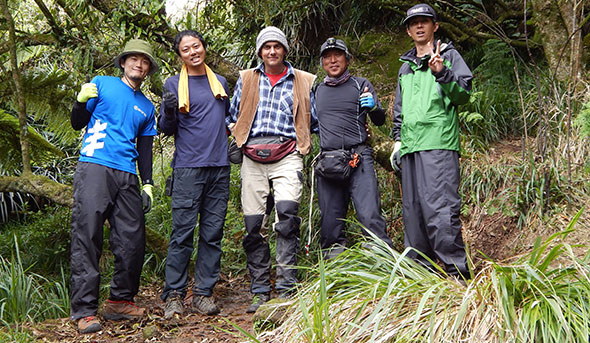 “Yes. All good. We can go to Dunedin” he replied.

The filming as well as the Tawaki Project’s first season are officially a wrap! 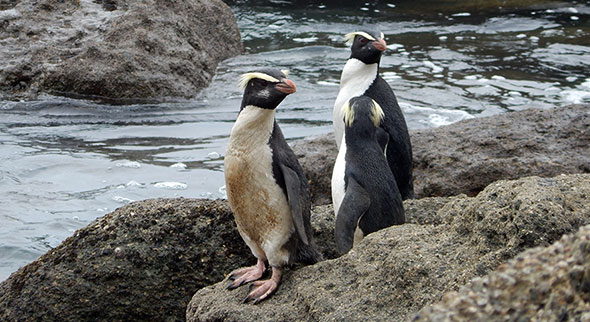 A bit grimy and overdue for a bath; the breeding season comes to a close